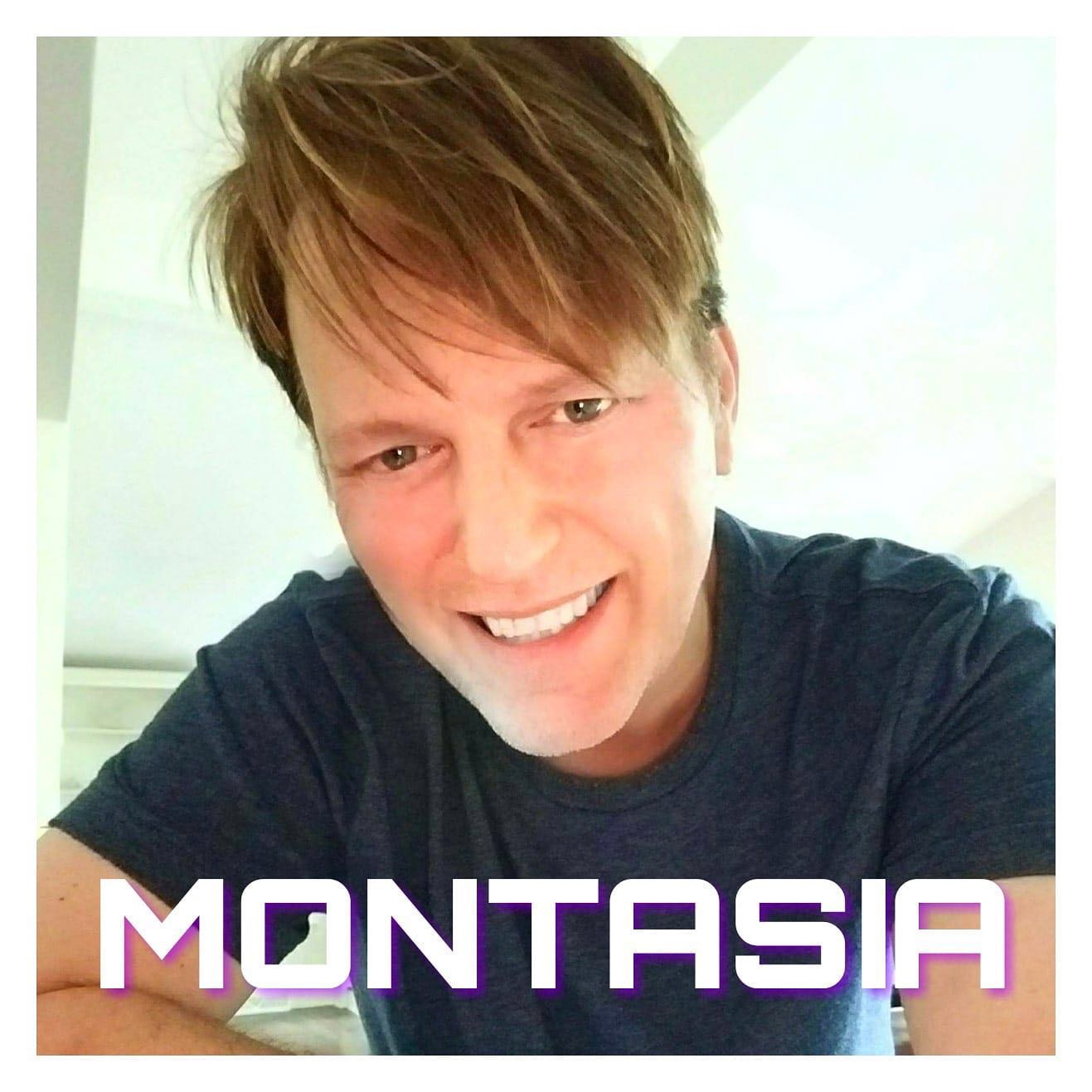 Montasia is an EDM pop duo whose collaboration started back in 1989 when singer-songwriter/producer, Chris Emerson was walking down the street singing, and now long-time friend, collaborator, and Hip Hop producer Donald Poole, (New Kids, Marky Mark, Tavares, EDO -G) beckoned to him to stop and come back. “I’m a producer!’ he yelled. Emerson turned around, and they’ve been writing and recording ever since.

“We started out writing R&B club music with the first drum machines and analogue synths”, adds Donnie. “We both grew up listening to all the same music, we’re both into groove and melody, so it was a natural fit”.

Donnie would know a good singer when he hears one, he grew up in a musical family.  With his father as manager, he choreographed the dance steps for his older brothers R&B vocal group, Planet Patrol, for their debut appearance on Soul Train. “Working with Maurice Star, he had learned the ins and outs of the business”.

Their first song to hit radio, was a mid tempo R&B love jam, that broke on ”WILD AM” called So In Love. It did very well at local black and college radio which eventually took them to major label meetings in LA and NYC, in the Black Music/R&B entertainment Department.

“Maurice Star even drove us around in NYC in his limo. He took us to Sylvia’s Kitchen, and the backstage at The Apollo”, remembers Emerson.

“On the way to Capitol records, I thought I was getting signed for sure, but it wasn’t my time”

When Donnie took Emerson to the majors in LA, the label heads said “Emerson wasn’t urban enough for R&B, and he wasn’t angst ridden enough for pop”.

“Motown almost signed me”, says Emerson. They knew I could sing the phonebook, but they didn’t know how to market me, and nobody was going to get fired taking a chance’.

Eddie Singleton, at Warner Bros told me to “go back to Boston and buy an acoustic guitar, and be more like Rod Stewart” so I did.

Another two years would pass, Emerson eventually wrote a piano ballad called Baby’s Gone, and he was signed to Empire/BMG, as a pop singer in 2000.

After recording in the Daryl Hall’s studio, his self titled debut release, spun 3 top 30 Billboard hit singles at pop radio, with the help of industry veterans like Grammy mixer, John Luongo, and radio gurus, Fred Held, and Sam Kaiser to name a few.

Emerson is best known for his songs made popular by TV shows in the mid 2000’s like Scrubs, and most notably his first single, All Because Of You, which was featured on Dawson’s Creek, and went to #22 on the Billboard chart. Subsequent singles went #28 and #33 respectively.

Emerson’s debut album took him on the road on a 2 year media and performance tour opening for Foreigner, Hootie & The Blowfish, Blues Traveler, Grammy winner, Sean Colvin, and the late Ray Charles!

Meanwhile Donnie was back in the studio working with Hip Hop artists like rapper ED-OG.

Although Donnie wasn’t involved in the tour, they remained close, even flying out to shows and writing songs after Emerson settled down in Nashville to begin working on the second record, Shadow Of You. Sadly the record was shelved and never released.

When SONY acquired BMG, the indie label, Empire lost their distribution and got caught in the meat grinder of brick and mortar retail and digital downloading. After the record was shelved, several years passed, as Emerson continued to work in the studio on new material, in hopes of getting a new deal in Nashville-but no such luck, they said he was “too pop”.

Chris moved back to Boston to be closer to family and friends and regroup. He opened a fine art gallery on the ocean, and took a break from writing and performing for a while, until Donnie showed up with a mixing board and some concert JBL speakers.
We both love EDM, and Donnie’s been programming a lot of tracks with reggae influenced beats, so we stared an electro reggae-pop EDM duo called Montasia, and we’re excited to sign with Reading based UK label In-Ex Records!

“We’re back where we started, in my basement, except now as a duo with more high tech toys. Ahead of our time or fashionably late, either way, were having fun, and that’s what Montasia is about”.