There are no boundaries when it comes to this resilliant, multi-talented Music Major whom thrives on the next singer/songwriter.
Having toured the world and achieved his wildest dreams, it became evident to Wyatt the influencial ability he possessed from being lead guitarist in former boy-band “Linear”, it was “Out Of Necessity that Wyatt Pauley continued his musical journey and formed Pauley Lane Band.
Built for the chase means lasting the pace with long term plans incorporating UK Label In-Ex Records.

This leads to the composition, production and release of his new compilation album titled as visioned, consisting of 10 tracks combining independent artists and musicians from around the globe, including US, UK and Scotland. Most of the vocalist’s and instrumentalist on the album are original members Wyatt and Rich Pistocchi, but there is one particular composition that will certainly amaze.
Reggae Da Blanc features Snookie Blaze an artist spitting original “poetry” about the “Pauley Lane Clan” being discovered from across the land from way down in Philly.
“Several songs from the album “Out Of Necessity” Radio Song (Edit) dedicated to all radio directors, programmers, broadcasters and presenters Checkout Time is presently gaining local and regional exposure via radio airplay, playlists, magazine and blog features, whilst Poison, Heavy and I Want The Heartache are also great listeners. 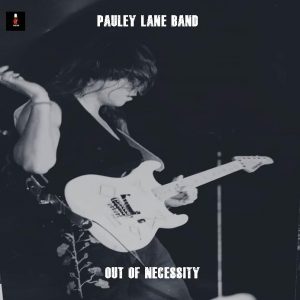 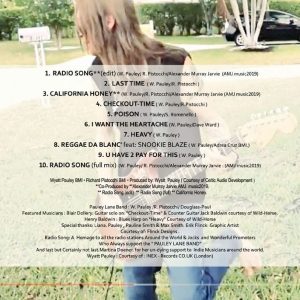 To get a better understanding of where or how the lyrics are generated this question was poised to Wyatt.

What frame of mind are you in when writing certain tracks eg; Last Time, the lyrics are telling a fiction story!?

Depends on situation, loss, funny, interesting, sarcastic the news a photo – Frame of mind, I would say I insert myself in situation like a comedy on what would I do, how do I handle this or go complete 360 and find sarcasm or humour.
But to the meat of the question is “I insert myself in the situation and I would handle it in parts that I would make fun of to myself or to someone else within that conversation”.

Wyatt Pauley entered the music industry at any early age of 17, reached the pinnacle, saw and done a lot of things, accomplished everything he wanted. Thirty years later that zest still exists, It was interesting to find out how;

Where/how do you get your energy to keep going?

This one is easy! I love what I do, I’m always looking hoping to find the next talent voice/songwriter, anyone that will make me better. Always a lost gem out there ,just got to find it ,like a four leaf clover …ITS hard sometimes when you have all This music inside of me …it’s truly a gift from above, no doubt I live it, I’ve seen it all and tried all…….I’m the real McCoy.

Once known as a handsome, long-haired, green-eyed pop star whom the girls would scream for, alongside his stage show lead vocalist Charlie Pennachio and drummer Crash Prestol. There are no boundaries when it comes to this resilliant, multi-talented Music Major whom thrives on the next singer/songwriter. 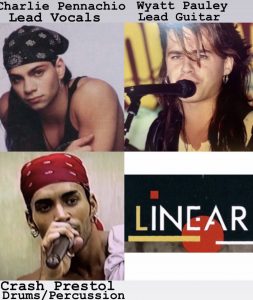 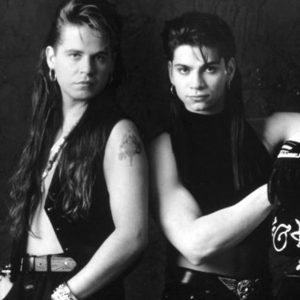 Having graduated from Broward College University, the music entertainment industry was no mistake for Pauley.
This enabled him to perform, compose or land many roles in the Creative Industries including music arranging, music education, artist representation, broadcast engineering, blogger to name a few.

What’s next for Wyatt Pauley?

Fans of Pauley Lane Band can lookout for the first ever solo album titled Just Wyatt presently in production and due to be released by mid July 2020
Built for the chase means lasting the pace with long term plans incorporating UK Label, distributor and publisher In-Ex Records.

The contents of this article only leaves one question:
As an artist, writer, composer and producer, where do you see your legacy in the next 20 years?

This was too hard 120 years from now who knows what the future holds, but I’m hoping to do is established a really good relationship with In-Ex Records so I can keep putting music out, always trying to find that one hit, that one gem that, one artist, that one song that would change everything. Besides, the fact that I was built for the chase; I love it, I love chasing down radio, I love finishing the song and leaving just a great catalog of music for people to discover for years to come I wouldn’t call it a legacy well composed body of work.

Out Of Necessity and other releases from the band is available to listen and purchase in all major downloading and streaming platforms including but not limited to; Pandora Apple Tidal GooglePlay TikTok Amazon also magazine and blog features Music Interview MagazineMichael’s Music Blog 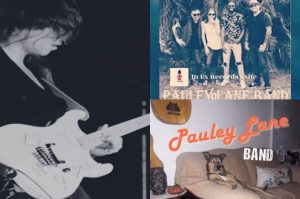 Pauley Lane is a blend of Rock & Roll and Americana music, with Country and RnB sitting in a corner watching.
Wyatt Pauley: guitar/vocals/producer
Rich Pistocchi: drums/percussion/vocals
Douglas-Paul: bass/vocals
Cedrik Rowland: Vocalist
Each have toured the world and made their wildest dreams come true through music.
Wyatt emerged from the South Florida music scene in the late eighties in the pop group Linear achieving a Billboard top 5 single with Sending All My Love, which was certified Gold in the US, Colombia, Taiwan, Malaysia, Chile, and the Philippines.
Cedrik Rowland an experienced vocalist, whom recently joined the band has been in the background for the past 6 years.
He is the lead singer in “Rachael”.