Pauley Lane Band the alternative, indie rock band Wyatt Pauley and Rich Pistocchi has recently released their first album “Dog Days” including popular tracks Five Fingers, 2 Steps Forward, Fame Faded not forgetting Mary Jane on their signed UK label In-Ex Records.
Several of the tracks are presently being aired and play-listed on Fm and internet Radio stations.
The band are in the process of releasing a new single “Rachael” due in stores 8th July 2019 alongside with a music video, more info to follow. 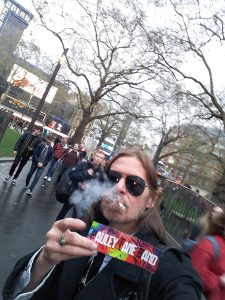 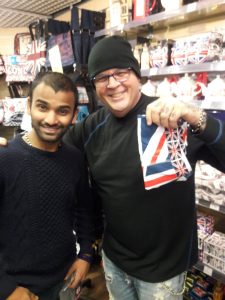 They have recently returned from a 1 week visit to the UK promoting the album and will be returning sooner than we think.

Upon their return Pauley Lane Band will delve into their next venture including a recording session at Abbey Road Studio where hits were made for The Beatles. “Imagine” was recorded between Abbey Rd and John Lennon’s home address in Ascot, Berkshire. 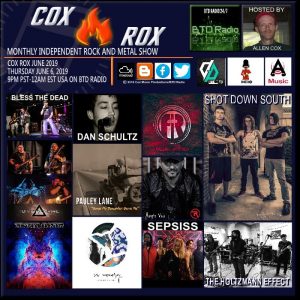 Below are airing times, program and playback information: