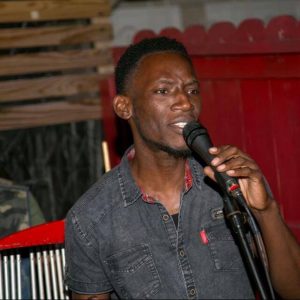 Say it with new Valentines EP release from Felch mclean and Tovi Soul on 14th February. I Mean It, Under The Moonlight, you got me Speedin, Never Leave, Will You Be There, I Wanna Be, ,Too Lie.

These two Rnb vocalists are more than just a pretty face.  Their musical journey commenced from their fathers  sound system to their church choir prior to forming a group. Felch and Tovi’s talents were yet to be discovered until Shaggy introduced the group to Robert Livingston of Scikron BigYard Music, where the music became a forefront focus to the group.

Music has been one of my most valuable passions.

They made a warm impact on Jamaica being involved in quite a number of opportunities such as doing harmonies and writing songs for established artist’s like Kiprich, Chris Martin, Daville, D-Major, Cecile, and quite a few others. Felch was also a part of the Tribute to the Busta-Mante Hospital song called SAVE A LIFE, which featured some of Jamaica’s best artiste like “Mr Boombastic” himself Shaggy, and other well known artist’s like Marcia Griffiths, Tessane Chin, Sean Paul, Elephant Man etc, watch the video on YouTube

.
Felch gained a lot of experience in producing from Robert Livingston and other fellow group members which led to the producing of the track Brainstorm Riddim which featured mainly Big-yard artistes at the time.

“SOLUM OPTIMA PUTENDA SUNT”, which means Only The Best Is Good Enough.

Keep posted for more from Felch and Tovi all enquiries welcome.