A new Rnb Ep that is presently causing a lot of attention has been released by an unsigned duo, Felch Mclean aka (Fabion Mclean) and Tovi Soul aka (Tovel mclean).

Releasing this Ep is a milestone for me!! 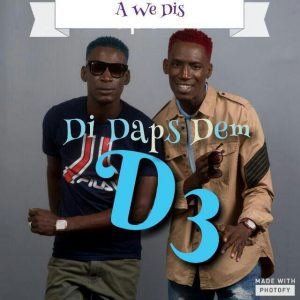 Above Tovi and Felch

Those words expresses the overwhelm-ness of Felch upon “Will You Be There” Ep launch only 2 weeks ago on valentine’s day February 14th 2018, having remained in the background for over 15 years whist they became the ghost-writers and backing harmonies for many of today’s well known artist’s.

The Ep consisting of seven individually instrumented tracks is filled with various melodies in the RnB, funk, soul and jazz genres combined with these extremely gifted and naturally talented vocals of Felch and Tovi makes this a “mouth watering” Ep that you just cannot get enough of.

Most of probably never heard of this duo but they have thrived from being choir boys  to forming a group named D’Lynx consisting of four members.

It was “Mr Boom-bastic” himself Shaggy whom recognised the boys talents introduced the group to “Robert Livingston” of “Scikron BigYard Music“, where the music became a forefront focus to the group. They made a warm impact on Jamaica being involved in quite a number of opportunities such as doing harmonies and writing songs for established artist’s like Kiprich, Chris Martin, Daville, D-Major, Cecile, and quite a few others. Felch was also a part of the Tribute to the” Busta-Mante Hospital” song called “SAVE A LIFE”, which featured some of Jamaica’s best artiste like Shaggy, and other well known artist’s like Marcia Griffiths, Tessane Chin, Sean Paul, Elephant man etc.

After all’s been said and done D3 is undergoing a Record, Publish and Management deal with the EP production team, UK label “In-Ex Records” and “In-Ex Records Publishing” having released a previous single by Felch and Tovi “I Wanna Be” which is also one of the inclusive tracks on the “Will You Be There” Ep, now available in all major downloading and streaming sites. 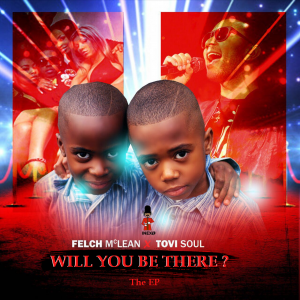 Moving forward D3 will be looking to complete the Ep into an album so ensure you stay connected for all updates.
Tours and performances are being arranged anyone wishing to express their interest in bookings, interviews, collaborations and any matters of affairs relating to D3 should direct them to admin@in-exrecords.co.uk