An Interview With kivah – Only Rock Radio 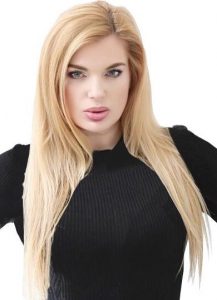 2. Where are you from?
Mallorca, Spain

3. Tell us how your journey has been from your beginnings until now.

At the age of 15 I was the co-founder and lead singer of a Brit Pop band called “The New Flesh” based in Mallorca.
When “The New Flesh” disbanded I formed a new band called “The Innocents”. After a year of gigging, I decided to move to Madrid to start my solo music and modelling career.
I have recorded a number of jingles for radio, television and cinema in Spain as well as chill-out music albums distributed by Café del Mar (Ibiza Music & Clothes) , Space Café (Space of Sound), Dôme Ibiza and recorded 2 tracks for the album” Cinema Lounge” . This album includes my chill out version of “Now We are Free” the soundtrack for the “Gladiator” and “Beached” from “The Beach” film. I am also featured in two albums “Neibum” and “Urban Woman .01” by the renowned DJ and producer Luis Junior.

I was a member of “The Gospel Living Water” choir for a while to experience different styles of singing.
I have worked with various producers in Spain and the UK and I have shot music videos for some of my songs.
I stopped my music career to dedicate myself to my businesses but now I am back!

4. Tell us about your musical style, influences, …

I have been influenced by a diverse range of styles of music ranging from goth to Madonna, and EDM to house music. As a consequence my style is very eclectic.

5. What has been your last project?

I am working on a new single called “Ten outta Ten” which is a really catchy and upbeat song that I really loved putting together.

6. And the next thing you have planned?

I am planning some gigs for the summer and will release “Addiction” followed by “Ten outta Ten” in the next few months.

Join me on socials for updates