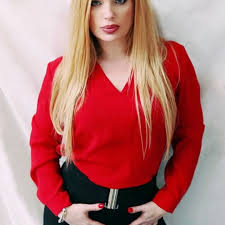 A New Pop Goddess Is Emerging and her name Is “Kivah”

Kivah is a singer, songwriter, model and actress from Majorca, Spain.
At the age of 15 she was the co-founder and lead singer of a Brit Pop band called “The New Flesh” based in Mallorca.
When “The New Flesh” disbanded Kivah formed a new band called “The Innocents”. After a year of gigging, she decided to move to Madrid to start her solo music and modelling career.
I have recorded a number of jingles for radio, television and cinema in Spain as well as chill-out music albums distributed by Café del Mar (Ibiza Music & Clothes) , Space Café (Space of Sound), Dôme Ibiza and recorded 2 tracks for the album” Cinema Lounge” . This album includes her chill-out version of “Now We are Free” the soundtrack for the “Gladiator” and “Beached” from “The Beach” film.

“I have been influenced by a diverse range of styles of music ranging from goth to Madonna, and EDM to house music, as a consequence my style is very eclectic.”

This extremely talented female vocalist also featured in two albums “Neibum” and “Urban Woman .01” by the renowned DJ and producer Luis Junior.
Kivah was a member of “The Gospel Living Water” choir for a while which she joined to experience different styles of singing. This she has certainly done and is evident in the vocals that she delivers, still, the best is yet to come.
Having worked with various producers in Spain and the UK and I have shot music videos for some of her songs, Kivah stopped my music career to dedicate myself to my businesses but now she back, signed to UK Label In-Ex Records Kivah has released 3 singles “Good To Go”, “Sexy Devil” and “Surrender” the latest release!

All these release are available to listen and purchase in all major downloading and streaming platforms.

Presently Kivah is working on a new single called “Ten outta Ten” which is a really catchy and upbeat song that she really loved putting together.
I am planning some gigs for the summer and will release “Addiction” followed by “Ten outta Ten” in the next few months. Addiction is due to be released 20th April 2018 in all digital downloading platforms. 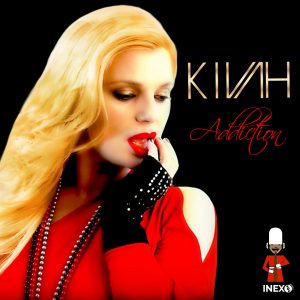 If you would like to book Kivah for any upcoming shows, events and or festivals 2018 please contact admin@in-exrecords.co.uk