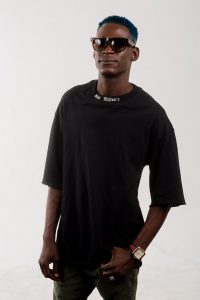 The name Tovel (Tovi Soul) Mclean meaning “The Bleassed Soul” was born on October 22, 1986. I am currently living in Kingston. The second child of parents Maxine Barrett and Wilton Mclean.

Tovel has always been gifted with the love of singing from a very tender age of six (6) with the support and proper teachings of his mother. Tovi went to Winward Road Primary and successfully passed his Common Entrance Exam later for Camperdown High School, where he was a steadfast student of the School Cadet and also ISCF (Inter School Christian Fellowship). He became more involve in music through singing at church concerts, school events and other singing competitions.

While growing up in East Kingston, though the challenges of Crime and Violence, Tovi’s main focus has never been dithered from becoming one of Jamaica’s best singers and writer. With the encouragement of his brother Fabion (FELCH) Mclean, Tovi has found his music skills over the years. They both have been an intigral part of the industry by doing a number of production for various local artist’s. Tovi has done writing and background vocals for artist’s such as Safira Mono, Shawn Antione, Jordanne Patrice, RR (Double R) among others, where he has gained not only exposure but experience to advance on his own career.

Music has been one of my most valuable passions.

In my spare time I like to read, socialize and make people laugh. In my life I’ve had many trying times which has led me to God. This Fact has only made Tovi better at what he does and helps with putting his heart and soul in each song and performance. Currently has been working on an EP with his older sibling FELCH MCLEAN, who is no stranger to the music industry himself.

Jamaica can only expect great music from Tovel Mclean AKA Tovi Soul, who has recently released the song called I WANNA BE, which is produced by IN-EX Records. His philosophy is “SOLUM OPTIMA PUTENDA SUNT”, which means Only The Best Is Good Enough.