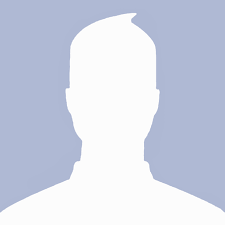 Jamaican born, Canadian based entertainer Anthony Bunny Mellish, has been on the entertainment scene since the age of 13.

Mellish was born in the parish of St James, but migrated to ‘Great River’ in Hanover as an infant where he attended ‘Bethel All Age School’ where he excelled academically and earned a spot at ‘Harrison Memorial High School’.

As a teenager Anthony discovered his talents in singing and was encouraged by family members, to pursue a career in music.

Mellish, now known as his stage name ‘Tony Prophit’, started out on his long journey as a   musician and quickly rose to prominence after receiving numerous awards in the early 90’s.

As a young entertainer, he migrated to Toronto, Canada and dedicated his life to music.  He recently launched his Reggae Debut Album ‘Sweet Nazarene Prophecy’ which includes Hit Singles New Jerusalum, Sweet Nazarene, No Lies and your Choice.

Tony has dominated the ‘Rasta Fest’ Reggae show in Montreal, Canada and has done several tours in St Vincent, Jamaica and other countries, during his 15 years in Canada, on the entertainment scene. He returned to Jamaica at end of June 2016 where he launched one of his singles and hosted a Pre ‘Back to School’ treat. He presented over 5000 students with thousands of educational materials including   books, bags, pens, pencils and even uniforms on a journey from Montego Bay to Negril.

Prophit’s wife ‘Odette, Mellish’ is the mentor in his life, she inspires most of his music also participate’s in the writing of his singles, which depict him reaching out to conquer through music.

In the future, the singer sees himself amongst one of the best Reggae Artist’s in the world. As a musician whom has gone through many struggles, but never accepting defeat, he is now looking forward to his new upcoming Video ‘Check Yourself’.

Tony has revealed that his stage name was ‘ordained’ by God, that he will continue to create an impact in the music fraternity. He intends on contributing spiritually and physically to the lives of youngsters through music.