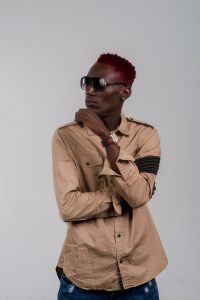 Fabion (Felch) Mclean,the eldest of his three siblings was born in Kingston Jamaica on June 3rd, 1984 to mother Maxine Barrett and Father, Wilton Mclean. He moved to the cool and serene countryside of Berkshire Hall Dist in Linstead St. Catherine from a young age to live with his grandparents. He gained love and respect from his grandfather, who owned a sound system called Blazer Force back then, by watching the selectors playing music on weekends, but his humbleness and respect for church and God came from his grandmother.
Schooled at Mount Nebo Primary, he moved on to the high school of “soaring eagles”, Charlemont High School. Here Felch found his voice and his love for singing by becoming a part of the school choir which helped mainly in the maturing of his vocals but the love for producing and playing instruments, mainly drums and a little keyboards; were developed in church from a very tender age.

He was a member of the church choir and also the head musician, where he found that he was gifted with talents way beyond only that. He became a member of a singing group called D’Lynx, whose core members Alwayne Harrison and were all students at Charlemont High School and also members of the school choir from which they made the decision of becoming a group.

Felch’s talents were yet to be discovered until Shaggy introduced the group to Robert Livingston of Scikron BigYard Music, where the music became a forefront focus to the group. They made a warm impact on Jamaica being involved in quite a number of opportunities such as doing harmonies and writing songs for established artist’s like Kiprich, Chris Martin, Daville, D-Major, Cecile, and quite a few others. Felch was also a part of the Tribute to the Busta-Mante Hospital song called SAVE A LIFE, which featured some of Jamaica’s best artiste like Mr Boombastic himself Shaggy, and other well known artist’s like Marcia Griffiths, Tessane Chin, Sean Paul, Elephant Man etc.
Felch gained a lot of experience in producing from Robert Livingston and other fellow group members which led to the producing of the track Brainstorm Riddim which featured mainly Bigyard artistes at the time.

After a couple of years singing together the group D’Lynx broke up but the fire and drive which had been ignited in Felch could not be simply forgotten nor die out.

He went on to produce another track alongside his brother TOVI SOUL and Robert Livingston which was featured on the Cry For The Nation album by I-Octane.

Though the parting of the group Fabion (Felch Mclean) has now linked up with his younger sibling TOVI SOUL and the duo has since lately been doing a number of projects with a number of upcoming artist’s and producers like Marlon (Jus Eazy Production), IN-EX Records, Frankie Music. The two have been in studio hard at work, writing for artist’s like Kim Nain, Shawn Antione, Jordanne Patrice and other new acts heading towards the mainstream, which is the focus.

Currently the duo FELCH MCLEAN and TOVI SOUL has been working on an EP produced by IN-EX Records which is soon to be released. A song entitled I Wanna Be off the EP is currently being rotated heavily on Suncity Radio.
Felch has also worked with new act Yaksta Carvanie and Marlon Eazy In-Ex records to produce a track called WHILE I’M YOUNG, a song for all ages, is also being played on radio. My motto is ‘WITH DETERMINATION, YOU CAN!!”